Move over to Hollywood Vampires… there’s an even bigger group on the loose.

Paul McCartney played Glastonbury Festival on Saturday in the UK, and brought out musicians you may have heard of… Bruce Springsteen and Dave Grohl.

It was a book-closing type gig — or so the hope — it’s the first Festival since the pandemic hit.

During this time at #Glastonbury2022Sir Paul McCartney shared the stage with Bruce Springsteen and Dave Grohl… Life is good 🥲.pic.twitter.com/IZNARjjxx8

Then the fun… he released Dave for “I Saw Her Standing There” and “Band on the Run.” 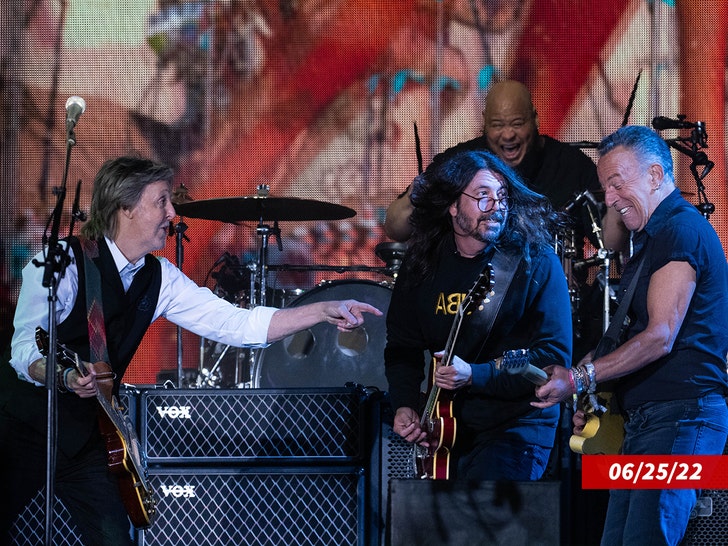 Then it was Bruce’s turn…he and Paul sang “Glory Days” and “I Wanna Be Your Man” – interestingly he chose one originally sung by ringo.

Now get this… Paul sang 38 songs during the 3 hour show. What makes this remarkable is that when Paul was barely 20, the Beatles only performed for 15 or 20 minutes during concerts.

PAUL MCARTNEY SINGING HEY HUDE AND !DAVE GROHL, BRUCE SPRINGSTEEN ALL IN THE SAME PLACE AT THE SAME TIME I JUST CAN’T GO ON THE SAME WAY IT’S A DREAM A SWIRL A CLOUD OF GOODNESS AWE AND WONDER THE GODS BLESS US ALL #Glastonbury2022 pic.twitter.com/RnsuhaiPwR

The Festival celebrated its 50th anniversary and 200,000 people were present for the festivities. 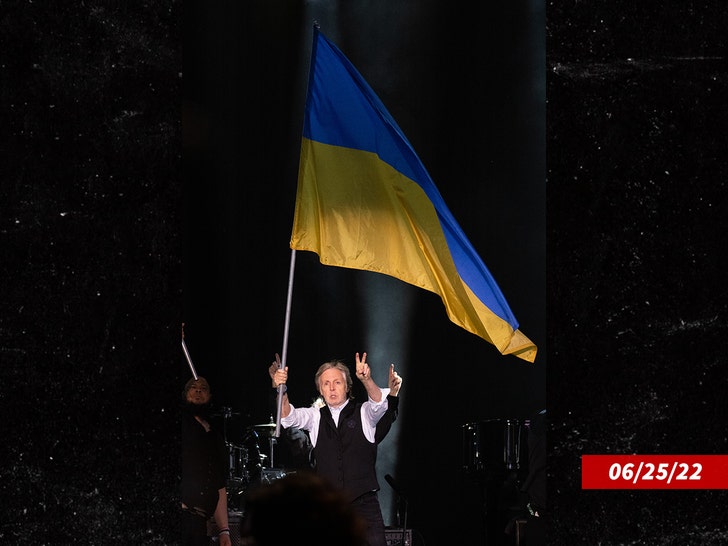 Paul saved “Hey Jude” for last and the crowd ate it. There was an encore, of course, and Paul came out holding a Ukrainian flag. BTW, Paul said he would never play “Back in the USSR” again… after the Russians invaded Ukraine.