SARA Cox renewed her wedding vows with husband Ben Cyzer at a music festival while holding a can of Stella.

The 47-year-old dressed in a wedding dress and flower crown at Camp Bestival – nine years after she first said yes.

They were joined by a group of pals who also decided to do the same in an inflatable chapel.

Sharing the news, Sara told her followers: “We renewed our vows with our besti best friends @campbestivalshropshire…and the bride wore satin and carried a can of Stella 😂😂😂😂.”

Music lovers can legally get married at Bestival and it costs just £40 per couple.

The website states, “Dress in your best wedding attire and marry your best friend, your lover or your enemy. 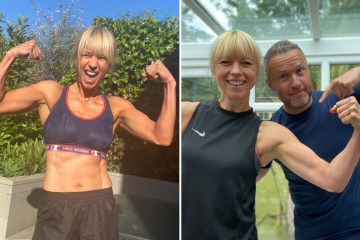 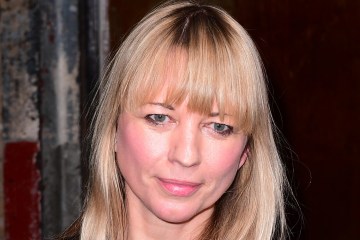 “Here we celebrate and worship the God of love…free from the chains of all religion!” choose from two types of wedding ceremonies, our big hip-hop bling wedding or our more traditional true love wedding.”

The couple met in 2006 and had been dating for seven years before getting married.

The two met when he worked as an account management manager at advertising agency Fallon London and Sara worked at BBC Radio 1.

They have two children together, son Isaac and daughter Renee.

Speaking previously about her marriage and life, Sara said: “Overall I was very lucky. I had a bit of a false start with the old marriage issues, when my first marriage took the shape of a pear.

“But after that, luckily I’m with Ben and I’m really happy and I have a great career, but I could just see how the weird decision you make or the life that gets in your way can easily affect things. “

Ben is Sara’s second husband, having been married to DJ Jon Carter for four years. She has her daughter Lola Anne with him.

Have fun at Camp Bestival as revelers look forward to 2023

Thousands descend on Weston Park this weekend for Camp Bestival